Digitization of the collection of Louisiana Colonial Documents began in 2010. Scanning results in the creation of a digital surrogate for each document, meaning that every page is scanned, both front and back. Researchers and our database indexers may now gain access to the documents without routinely exposing the original manuscripts to light and excessive handling. Individual documents in the archive range anywhere from one to five hundred pages.

Currently in use are state of the art Epson DS-50000 scanners, purchased through a grant from National Endowment for the Humanities. They require only 10 seconds to complete a single scan. Images are securely stored on museum servers and are also backed up to local hard disks in case of evacuation. Pages with writing are scanned at the preservation-quality resolution of 600 dots per inch (dpi) while blank pages are scanned at 200 dpi. Scanners name each TIFF image file according to the document’s unique identifier (year_month_date_sequence number) and the page, ie. 01_R for the front of the first page, 01_V for the back of the first page, 02_R, etc. For example, the first page of the third document created on May 18, 1725 can be found under “1725_05_18_03_01_R”. This way the original manuscript can be reconstructed from individual scans.

Scanning of the French Superior Council records was completed in the latter half of 2013, thanks to the work of previous volunteers and grant-funded scanners. Spanish Cabildo Records up to 1803 were digitized by March 2016. The Louisiana Colonial Documents Digitization Project has produced digital surrogates of nearly 20,000 records spanning the years 1714- 1803.

Indexing of the Colonial Documents Collection began in August 2014, after a majority of the collection had been completely scanned. The indexing portion of the this project attempts to provide the researcher with as much accurate information contained in the original document as possible, and to do so in a manner that allows that information to be accessed and located using a variety of subject fields and keywords.

The Colonial Documents were initially indexed using the summaries created by the Works Progress Administration (WPA) in the 1930s. Although hardly complete, or fully accurate, the intent with using these summaries for the initial draft of indexing was to ensure that as many documents as possible would have some content to present when the database became accessible to the public. After the completion of the initial indexing, the focus was placed on adding additional content and correcting any previously made mistakes. In addition to reading the original documents, the indexing team worked with other summaries, such as those published by the Louisiana Historical Society in their Quarterly Journal during the 1930s, and summaries created by previous Louisiana Historical Center curator, Kathryn Page, in the 1990s. Translations and transcriptions completed by various French interns throughout the years were also utilized.

Reading the original documents posed difficulties for the indexing team, as the French and Spanish of the 1700s and early 1800s is not the same as modern day French and Spanish; grammar, spelling, and word choice have all evolved since Colonial Louisiana. In addition to the language differences, the handwritings found throughout the Colonial Documents Collection can range from something very elegant and highly stylized to something hardly legible, looking more like random lines than actual words. This variety is a result of the educational differences of the colonists; the more formal an education a man received, the more elegant his script became. However, one of the most complex challenges came in the form of Colonial Names. With a combination of inconsistent spellings, partial names, and nicknames/‘dit’ names, a single individual could be identified several different ways in a single document, and narrowing down the differences to individual people can be a time consuming task. Although we primarily identify what we believe is an accurate spelling and presentation of a person’s name, we do ensure that multiple spellings, if any, are included as a note for the documents where those differences occur.

Despite the best efforts of our indexing team, the work will likely never be fully completed, as there is will always be more detailed information to be located within the documents. So we ask, and encourage, our researchers and database users to reach out and inform us of any corrections that need to be made or if any new information needs to be added. We strive to present as much, accurate information regarding the contents of the Colonial Documents Collection of possible.

The Works Progress Administration produced synoptic translations of the majority of the archive between 1935 and 1942. These abstracts will accompany the original manuscripts on the database. However, the WPA abstracts contain numbering errors, inconsistent spellings, and significant omissions of the names of slaves and women. One of the goals of the Louisiana Colonial Documents Digitization Project is to accumulate new transcriptions and translations that will accompany the respective images online. We welcome participation of academics who are interested in the documents for research purposes to share their transcriptions and translations with the project. The LSM has worked with visiting students from France’s Ecole du Louvre and Ecole Nationale des Chartes to this end, as well as Tulane’s Department of French and Italian.

If you are interested in contributing transcriptions and/or translations, please inquire with LHC Curator Sarah-Elizabeth Gundlach, sgundlach@crt.la.gov

MORE ON THE PROJECT

How to use the Colonial Document database

How the collection is used in curricula 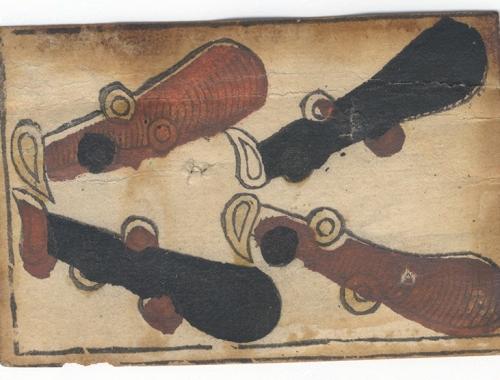